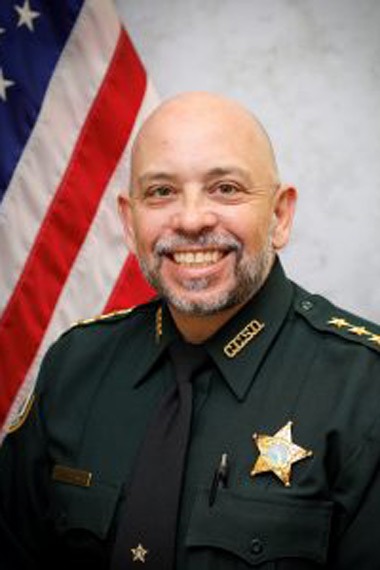 Ron Lendvay proudly serves as the undersheriff for the Clay County Sheriff’s Office, where he serves as the second-in-command to Sheriff Michelle Cook and oversees the daily operations of the agency.  Lendvay came to the CCSO from the Jacksonville Port Authority, where he served as the Director of Public Safety. In that role he was responsible for law enforcement services, security contract management, public safety, and emergency management.  Lendvay also ensured JAXPORT’s compliance with federal security mandates for the maritime industry, including the Maritime Transportation Security Act, by working with local, state and federal agencies.

Prior to working at JAXPORT, Lendvay retired from the Jacksonville Sheriff’s Office in 2019 as the Director of Investigations and Homeland Security following a 25 year career.  In that role he was responsible for all of the overt and covert investigative functions of the agency, and the specialized unit functions of the agency. Lendvay also managed the agency’s participation in multi-agency task forces as well as county-wide critical infrastructure assessments.

Lendvay represented the JSO on executive-level task forces, working groups, and committees in partnership with law enforcement agencies at all levels.

Lendvay started as a patrol officer in 1994 and advanced through numerous detective unit assignments before he was promoted to sergeant and lieutenant, where he served as a supervisor and unit commander in both patrol and investigations. After that, Lendvay served on the appointed staffs of two sheriffs after he was appointed to the ranks of assistant chief, chief and director. Prior to his JSO career, Lendvay served as a police officer with the University of Florida Police Department in Gainesville.

Lendvay has a B.A. degree in Criminal Justice from the University of North Florida.  While working as the Chief of Homeland Security at JSO, he was accepted into a FEMA-sponsored federal program to study at the U.S. Navy Postgraduate School’s Center for Homeland Defense and Security in Monterey, California.  He studied there with a cohort of local, state and federal homeland security professionals from around the country and earned his M.A. degree in Homeland Defense and Security.  Lendvay is also a graduate of the Department of Homeland Security’s Leadership Academy, presented at the Federal Law Enforcement Training Center, in partnership with the National Sheriff’s Association.